Sometimes I think making period garments is easier than anything that was made in the read-made garment era. After all, costume builds are much more similar to the home sewer than the factory floor. But duplicating garments made in a factory setting, ugh.

However, I bought a book recently, "Making Trousers for Men and Women" by David Coffin. It's lovely. What's kind of amazing about it is that it's written for the home sewer who is attempting to make beautiful garments that look factory made.

I already love this book. First of all, it's available as an ebook so I always have it with me. Second, it has written descriptions along with photos for each step. I just put in a freaking fly front that looks amazing!

In theater costumes, we become temporary mini experts. We memorize the basics, but if we had to keep it all in our heads we'd just overload. Or we'd forget how to feed ourselves or something because there would be no other room in our brains for everyday information.

I'm working on some 1960s women's pants, which is where I put the book to the test. It really saved me time on putting in the fly. I mean, seriously, how often do I do pants with a zip fly? Hardly ever! I'm not even sure if ever. It seems so basic, but I've made more 19th century bodices than 20th century pants.

In theater, we're always asking clothes to do things that in life we'd never ask clothes to do. It's funny how when we want to do something normal, it becomes a more difficult task. 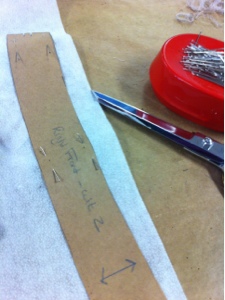 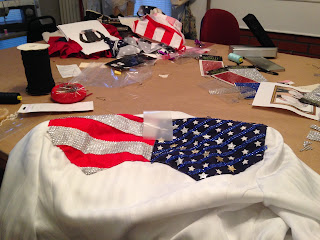