Military Costumes - it's all in the details

Like many of the men of his generation, my father served in the military. He graduated from High School in 1965; to avoid being drafted into the Army, and a guarantee of being sent to Vietnam, he enlisted in the Air Force in 1966. I am personally thankful for this, as I exist today in large part because he was stationed in Iceland, very far from the jungle.

In any event, I grew up with the stories, and repeated stories, so that after awhile I didn't pay much attention. Not that they weren't interesting. He was not in the service because he believed in the cause, he was an 18 year old that didn't want to die, plus he was a hippie (excuse me, a freak as I'm constantly reminded they called themselves). So his stories often involve antics of a kid who was making the best of not being exactly where he wanted to be.

Then recently, one of the stories resurfaced in my mind, as it was interesting as a costume detail. He has a few stories that involve a "short ribbon." Now, there is something official called a Short Ribbon, an actual medal. But this was not it. I knew this ribbon involved drinking a bottle of booze and wearing something from the bottle for your last month of service. So today, when recalling the story, I sent him a text. 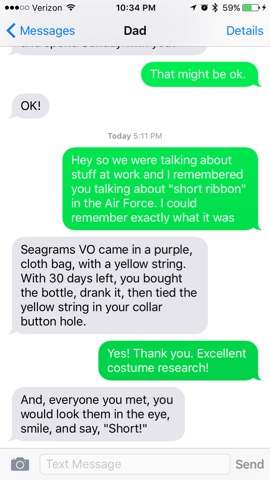 "Seagrams VO came in a purple, cloth bag, with a yellow string. With 30 days left, you bought the bottle, drank it, then tied the yellow string in your collar button hole. And, everyone you met, you would look them in the eye, smile, and say, 'Short!'" 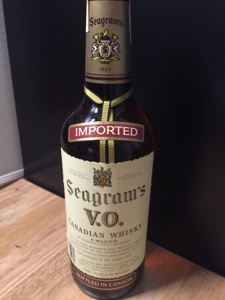 What a cool costume detail! And one, that unless you happened to be talking to a veteran, you wouldn't be able to find through regular research.

There is a lot of information out there about the right way to wear a uniform. It's overwhelming, but very interesting. It doesn't, however, allow for personality. Anyone who has seen a solider's personal photos knows that regulation may at times go out the window. Or is at least danced with. So, in 1967 my Dad would wear love beads under his shirt just to irritate his CO. He kept one perfectly pressed uniform never worn for surprise inspections.

And at the end of service, with 30 days to go, he'd wear a yellow string on his collar, smile, and say "short!" 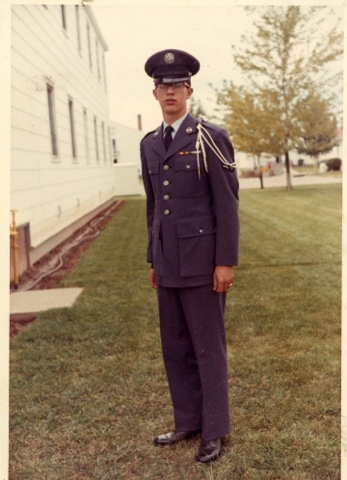 (My Dad, 1966, after graduating from basic training. He looks weird without a mustache.)

ETA - share your personal stories about how you or a family member wore their military uniform in the comments! I'd love to know more details like this! 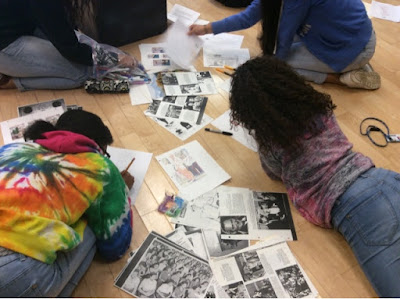 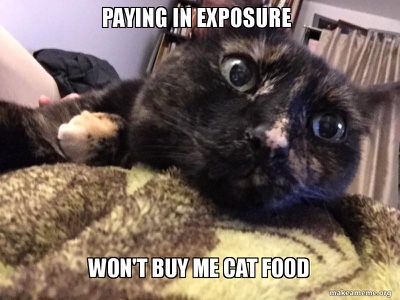